Yvette Neisser (founder) is the author of Grip (2011 Gival Press Poetry Award). Her poetry translations from Spanish include Difficult Beauty: Selected Poems by Luis Alberto Ambroggio and South Pole/Polo Sur by María Teresa Ogliastri. She is an organizer with Split This Rock and an instructor at The Writer’s Center. yneissermoreno.com 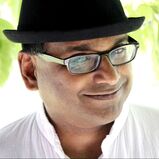 Indran Amirthanayagam is a poet and translator who works in English, Spanish, French, Portuguese and Haitian Creole.  His latest books are Il n'est de solitude que l'île lointaine (Legs Editions, Haiti, 2017),  Pwezi a Kat Men written with Alex Laguerre (Delince Editions, Miami, 2017), and Ventana Azul (El Tapiz del Unicornio, Mexico City, 2016).  He has published thirteen poetry collections, including The Elephants of Reckoning (Hanging Loose Press, NY, 1993) which won the 1994 Paterson Prize.  He has just released Rankont Dout, a collaboration in creole with emerging Haitian musicians.  A past fellow of the New York Foundation for the Arts and the US/Mexico Fund For Culture, he writes at http://indranamirthanayagam.blogspot.com. 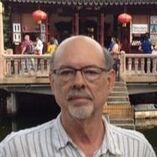 Keith Cohen is a fiction writer and translator from the French. His translations include “The Laugh of the Medusa” and THE THIRD BODY by Hélène Cixous and A HISTORY OF VIRILITY by Alain Corbin, et al. He has taught French, English and comparative literature in France, Colombia and the U.S.
​ 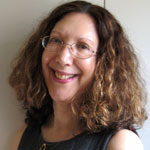 Nancy Naomi Carlson is a translator, poet, editor, and essayist, and has authored nine titles (6 translated). She has received grants from the NEA, Maryland Council for the Arts, Arts & Humanities Council of Montgomery County, and was a finalist for the BTBA, as well as the CLMP Firecracker Poetry Award. Her work has appeared in the American Poetry Review, The Georgia Review, and Poetry. For more information, please visit www.nancynaomicarlson.com

Marguerite Feitlowitz is an author and translator whose work has focused on "languages-within-languages" and the way disaster "affects our relationship to language."[1] She is the author of A Lexicon of Terror: Argentina and the Legacies of Torture, a 1998 New York Times Notable Book and a finalist for the L. L. Winship/PEN New England Award, as well as numerous essays and translations.[2 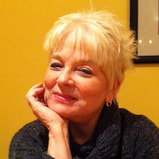 Barbara Goldberg has authored four prize-winning books of poetry, most recently, The Royal Baker’s Daughter. Her most recent translation of Hebrew literature is Scorched by the Sun: Poems of Moshe Dor. Goldberg and Dor have also translated and edited four anthologies of contemporary Israeli poetry. Her own poems appear in Best American Poetry, Gettysburg Review, Paris Review and Poetry. She has received two fellowships from the National Endowment for the Arts and is Series Editor of the International Imprint for The Word Works. www.barbaragoldberg.net 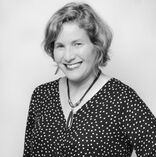 Carol Volk has published over two dozen literary and scholarly works from the French with Farrar, Straus and Giroux, Metropolitan Books, The University of Chicago Press, Harvard University Press, and others.   Authors include Tahar Ben Jelloun, Jean Dubuffet, Eric Rohmer, Amélie Nothombe, Patrick Chamoiseau, Luc Ferry, Olivier Roy, and Robert Bober.  A native New Yorker, she currently lives in the DC area, and in addition to her work in literary translation is a member of the U.S. Foreign Service. carolvolk.com
Powered by